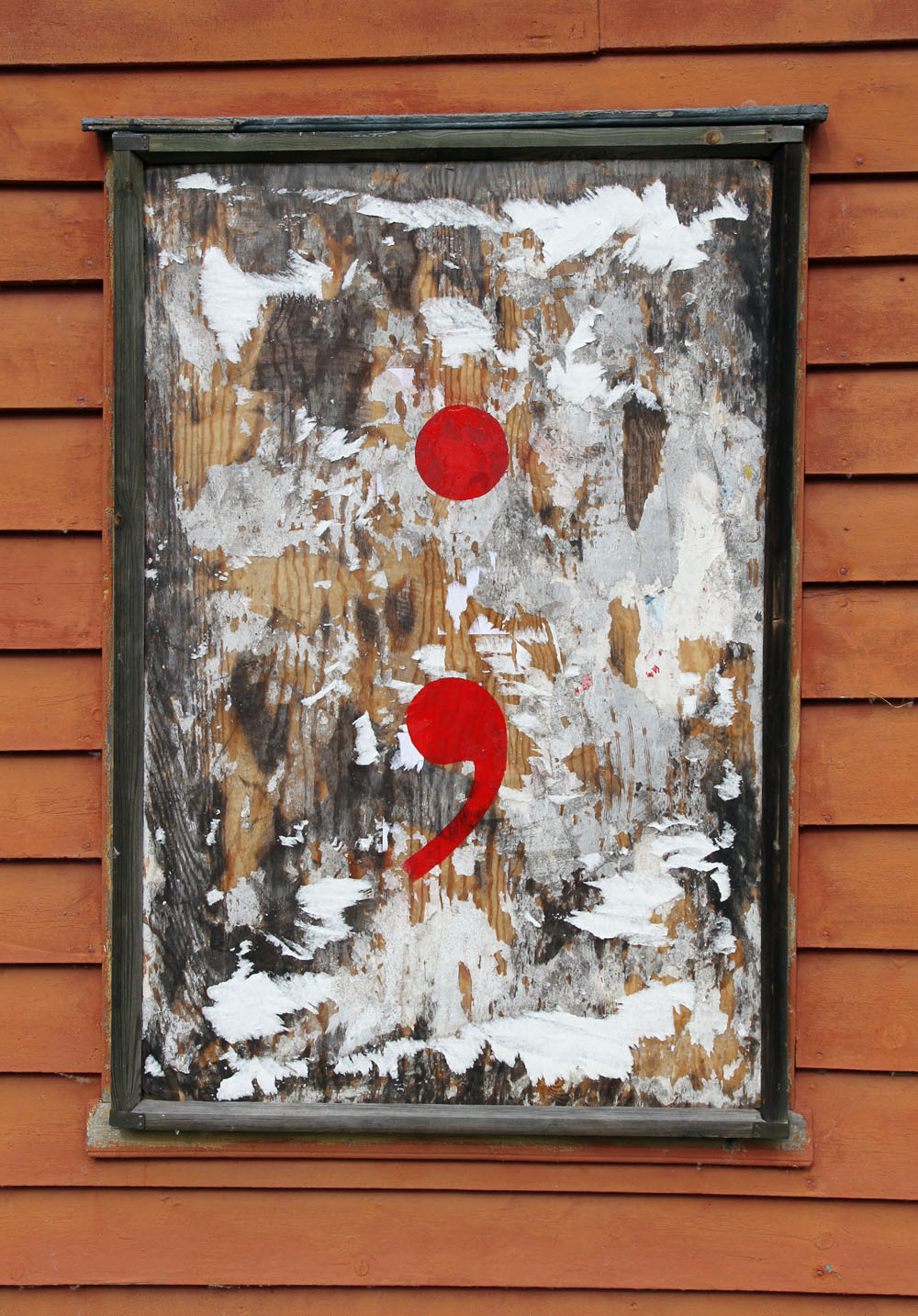 Temporary installation with paint on plywood (100x150cm) over a window of a closed down local general store in the small village Skjolden, Norway. Created in the occation of the public space project Word and Place curated by Aud Marit Skarrebo Holmen and Karen Helga Mautstig (2019).

A semicolon is used if there is a stop in a text, but not a terminal point. It is also a symbol used by Project Semicolon in their engagement to prevent suicide.

Word and place focused on Ludwig Wittgenstein, who built a house and formulated central parts of his phiosophy in Skjolden. Three of Wittgendtein's four brothers are known to have committed suicide. Translator of Wittgenstein's diary, Knut Olav Åmås, comments in the preface, that his translation is close to the original, but that he had decided to delete some of the many semicolons in Wittgenstein's text.

My semicolon in Skjolden is a way to raise again, one of Wittgenstein's many semicolons. 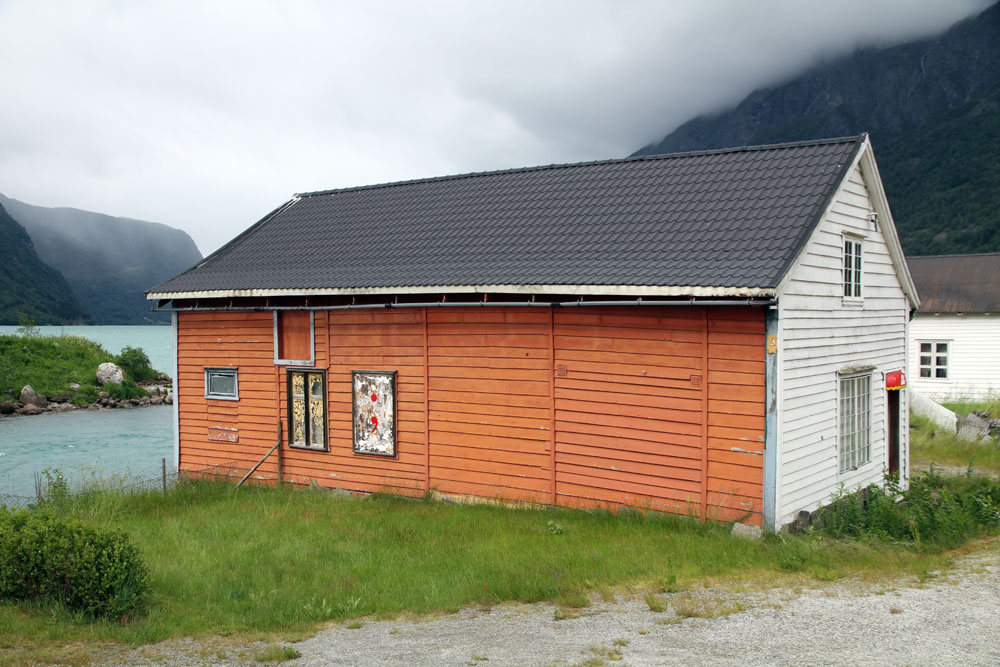