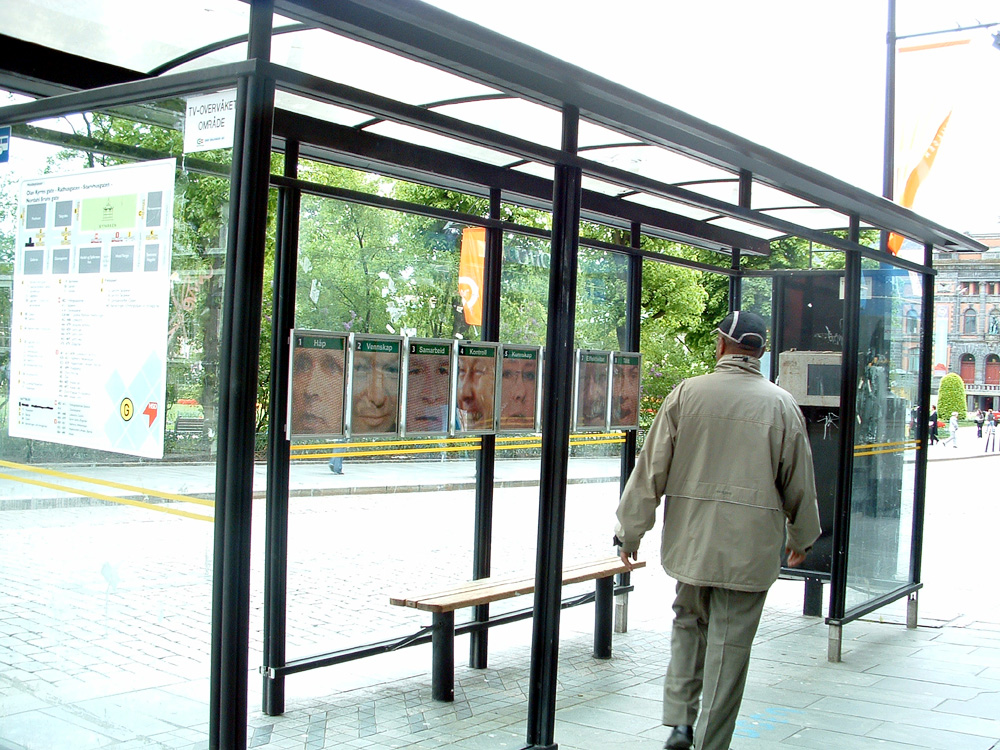 Twelve posters (30 x 40 cm) installed in two bus-sheds in the centre of Bergen.

The classical virtues were often portrayed in the shape of human figures, often female characters. These pictures are showing enlarged newspaper-images of the twelve persons most frequently mentioned in Norwegian newspapers, 2005. The images are connected to the values and virtues most frequently referred to in the same media; - as if there was a connection, - as if they could be seen as role models.

The design and the frames used are the kind of frames normally used for announcing bus schedules, giving an impression of the existence of twelve alternative bus services.

The installation was a part of the exhibition "Ibsen mens du venter" curated by curate.no (Malin Barth, Sissel Lillebostad and Anne Szefer Karlsen) and shown in public spaces in the centre of Bergen. (May, 2006) 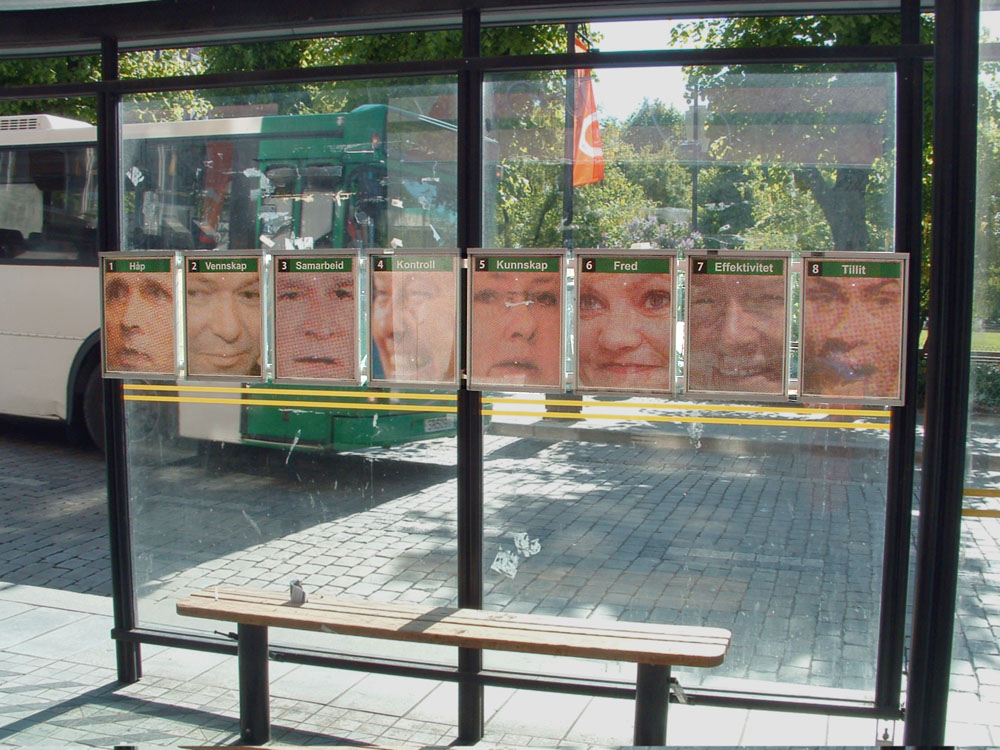 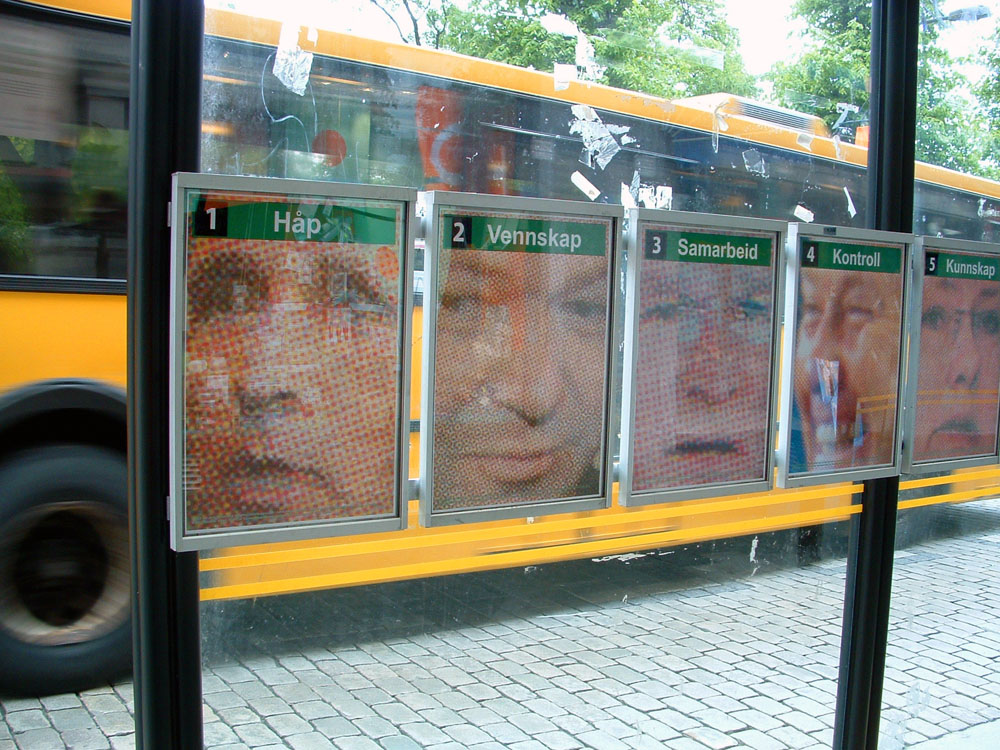 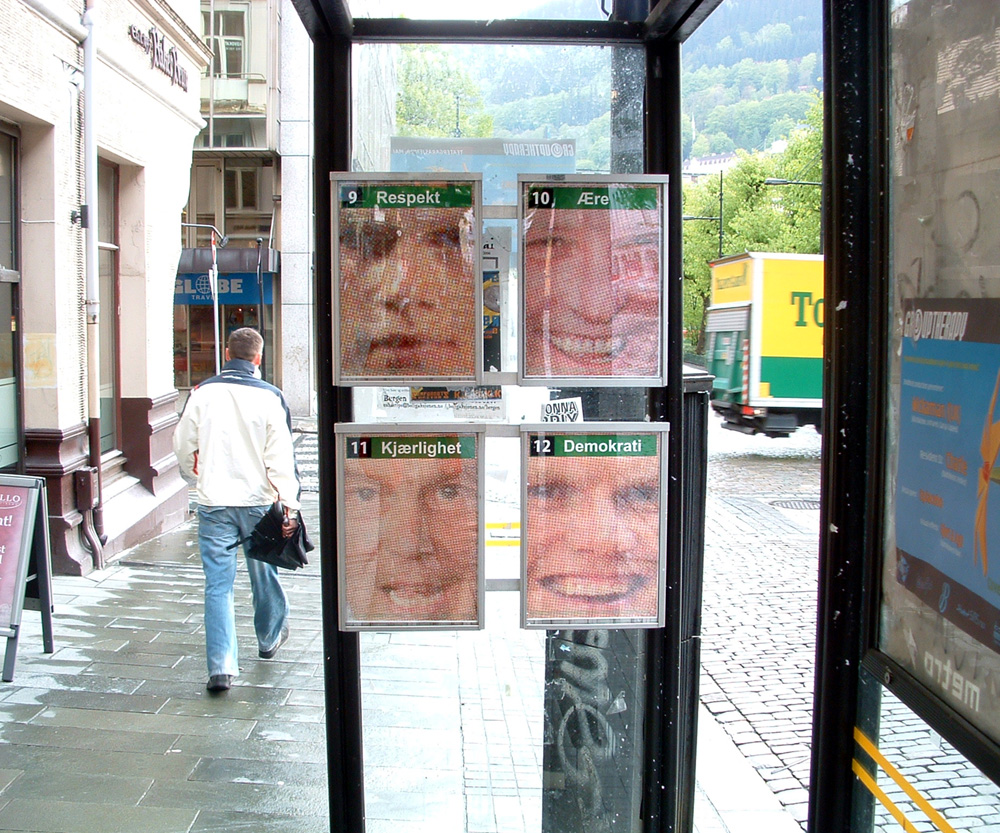 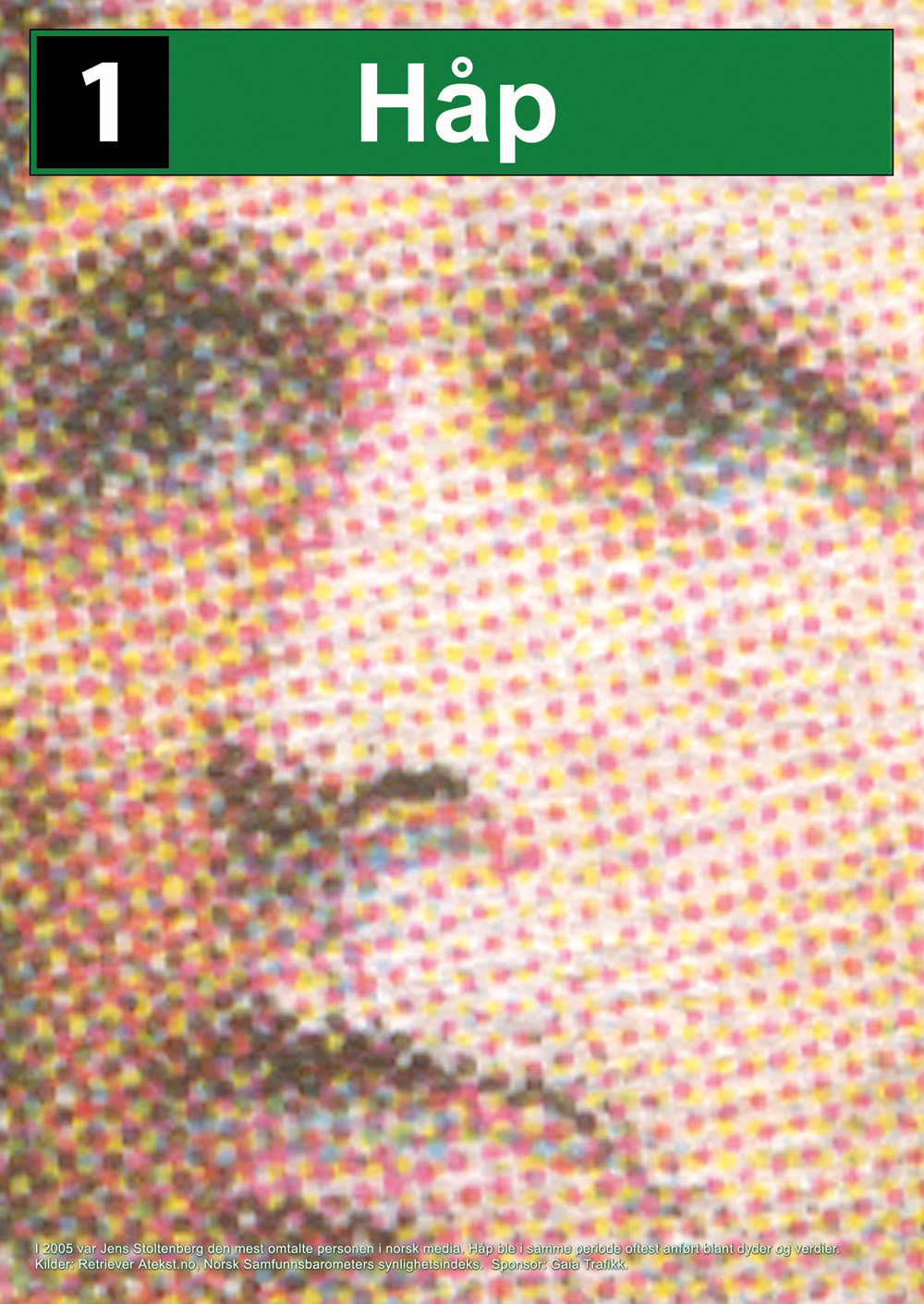 Has the car become a part of human nature?

What is the Alternative?