"Yes, we love" are the first words of the Norwegian national anthem. On Rygg's flag, the Norwegian flag is barely visible. The combination of flag and flames alludes to the common use of fire as a metaphor for both love and the struggle for independence.

They fought, both she and he,
now fires of victory lights up the land of Norway.
Towards the sky, flags upon flags are being raised
like thousand fires of joy, for all the battles won.
It crackles like before from cottages and castles
a flaming mark in red, white and blue.
— From the Norwegian patriotic song Norway in Red, White and Blue (third verse) — 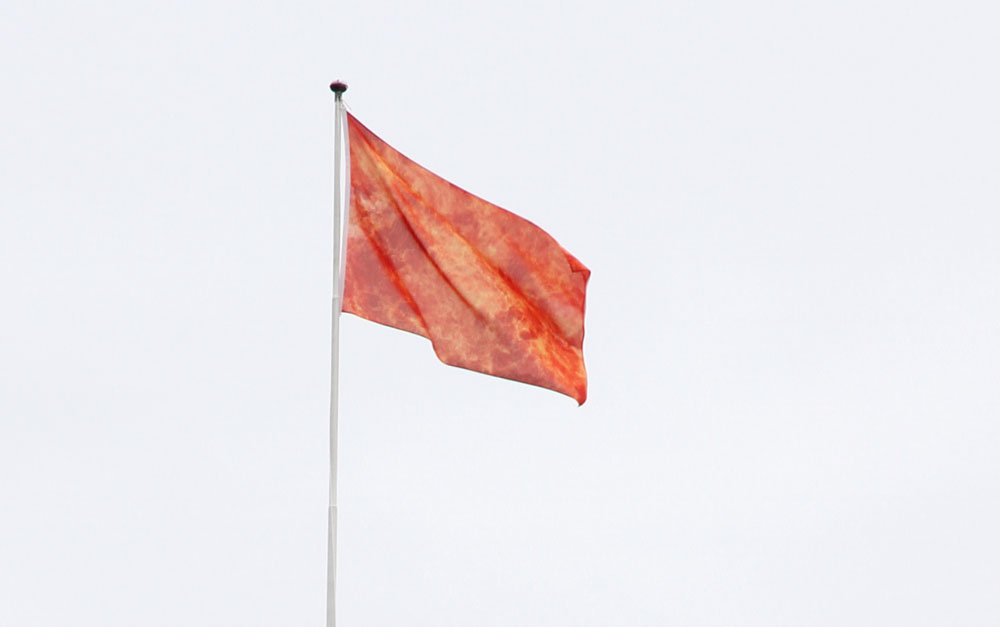 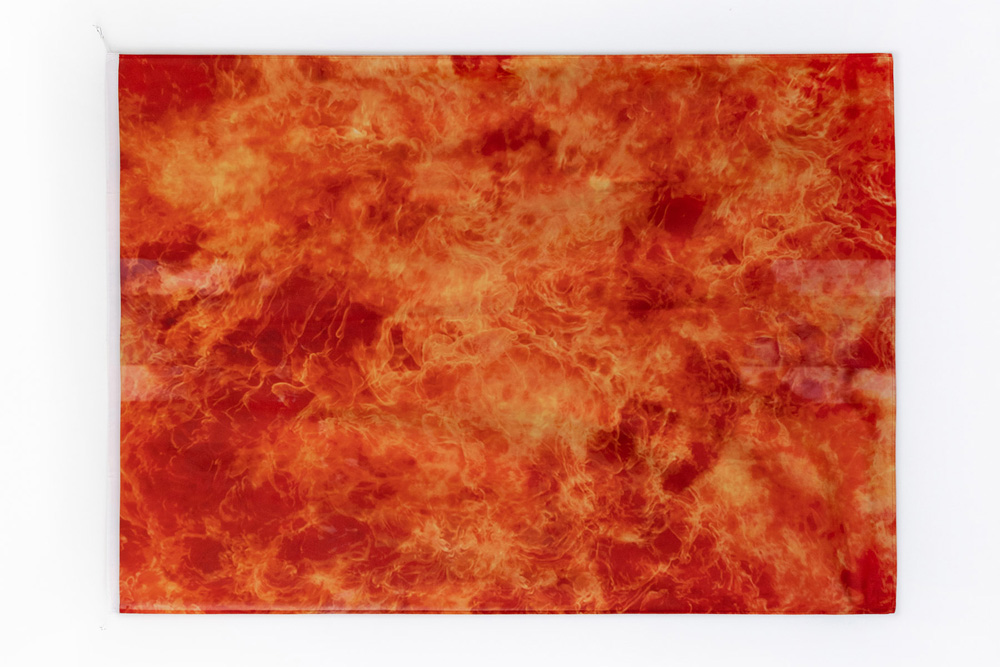 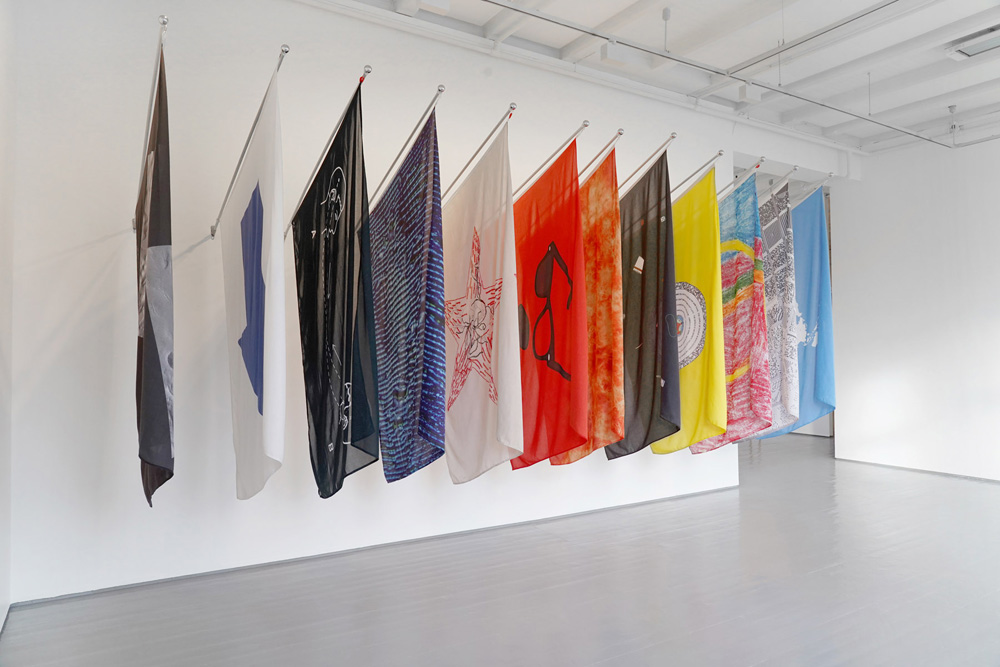 "Yes, we love" are the first words of the Norwegian national anthem. Following is an English translation of the third and fourth verse of the anthem (Source: Wikipedia):

Farmers their axes sharpened
wherever an army advanced,
Tordenskjold along the coastline thundered
so that we could see it back home.
Even women stood up and fought
as if they were men;
others could only cry
but that soon would end!

Sure, we were not many
but we were enough,
when we were tested sometimes,
and it was at stake;
we would rather burn our land
than to declare defeat;
just remember what happened
down at Fredrikshald!