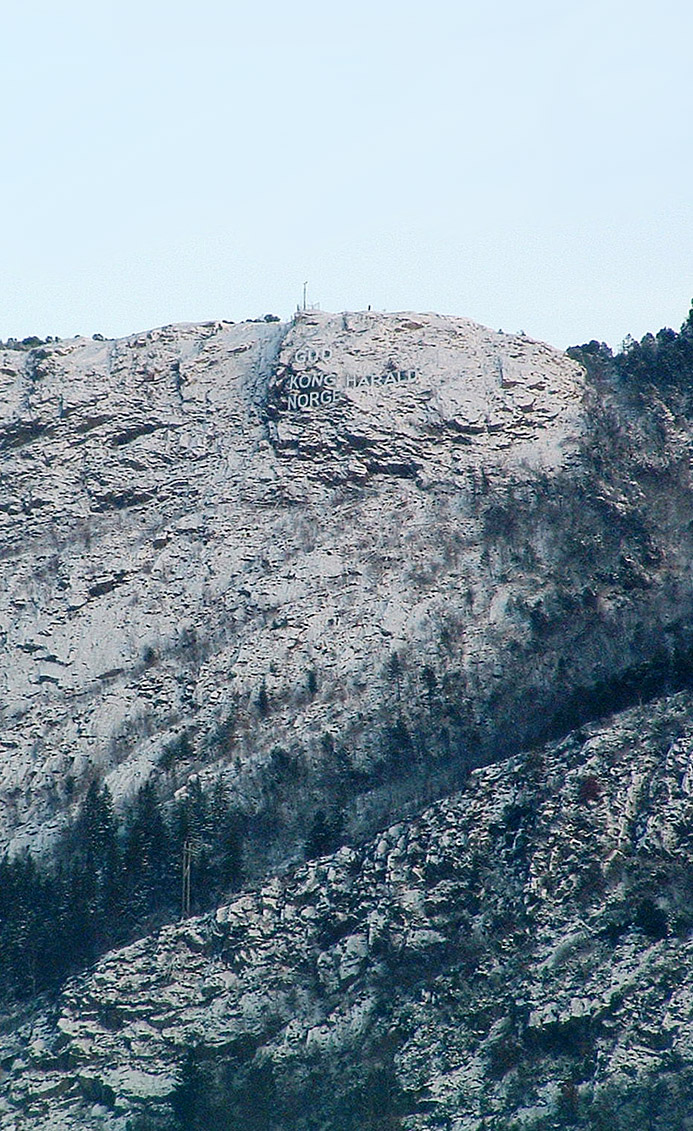 Other parts of the project were a set of campaign buttons and a poster displayed behind the managing director's desk at Hordaland Kunstsenter.

From the catalogue:
"In January 1991, shortly after the outbreak of the war in the Gulf, I happened to discover the words "God, King Hassan and Morocco", written with stones on the hillside above Agadir. Later, I realized that similar words also must have been inscribed in the Norwegian bedrocks once. Over the years, the letters and words have become overrun and they are therefore difficult to recognize. I am however sure that it will be possible for you to trace them, if you just examine the mountains around Bergen thoroughly enough. That is probably also the reason why the mountains are so important for the people in Bergen." 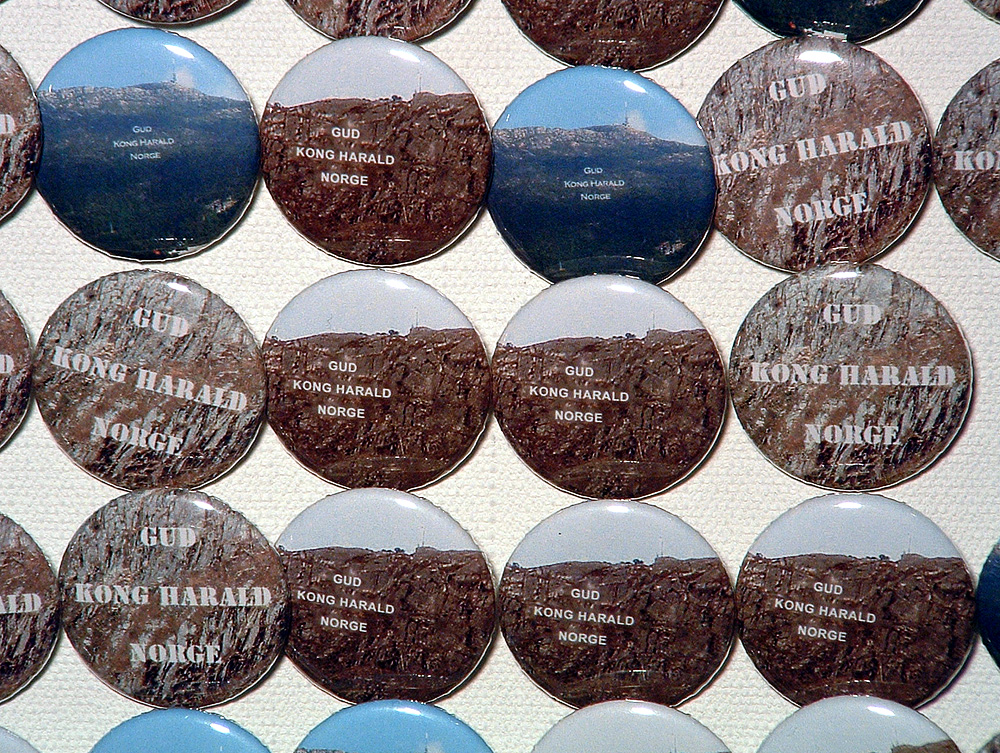 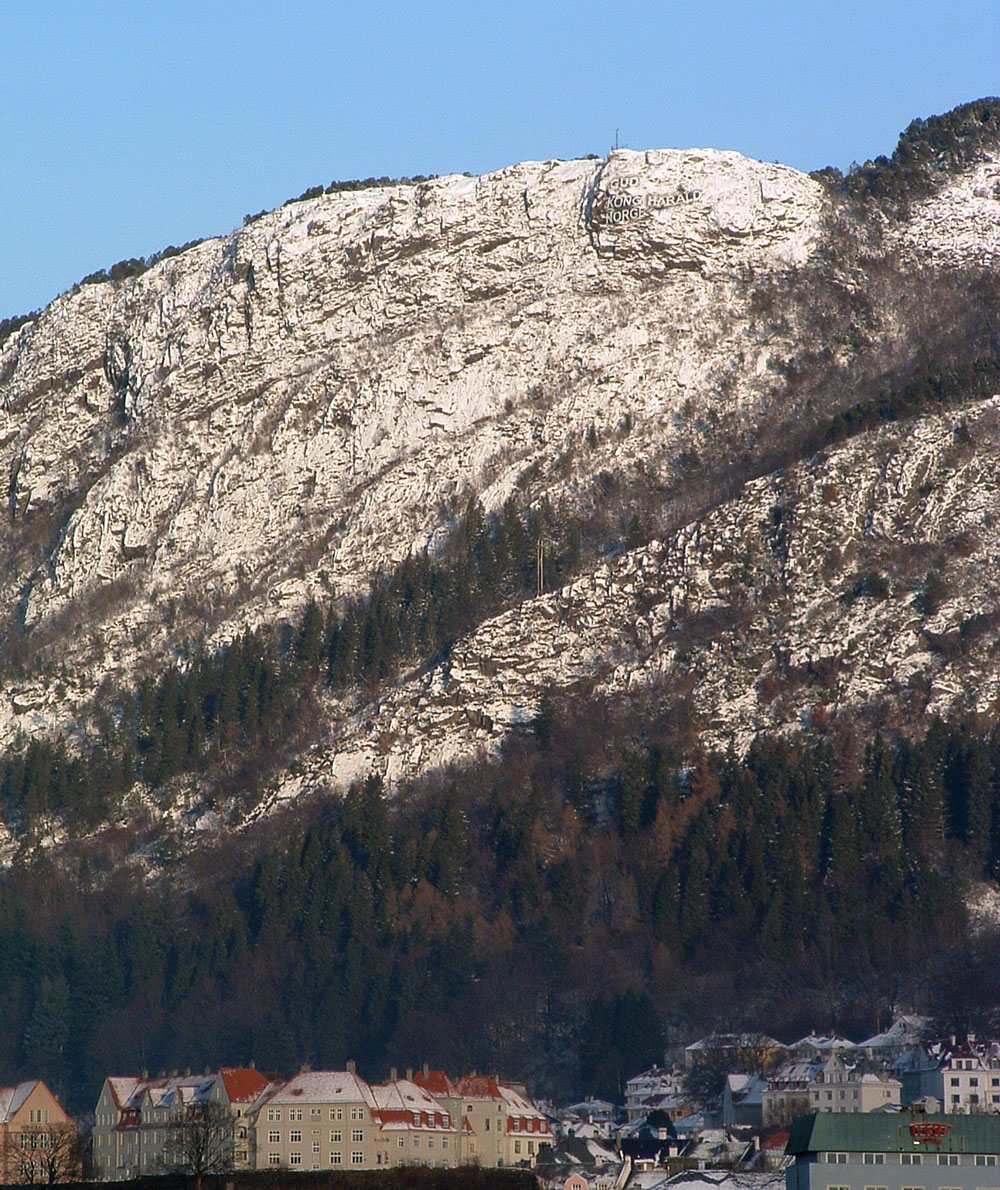 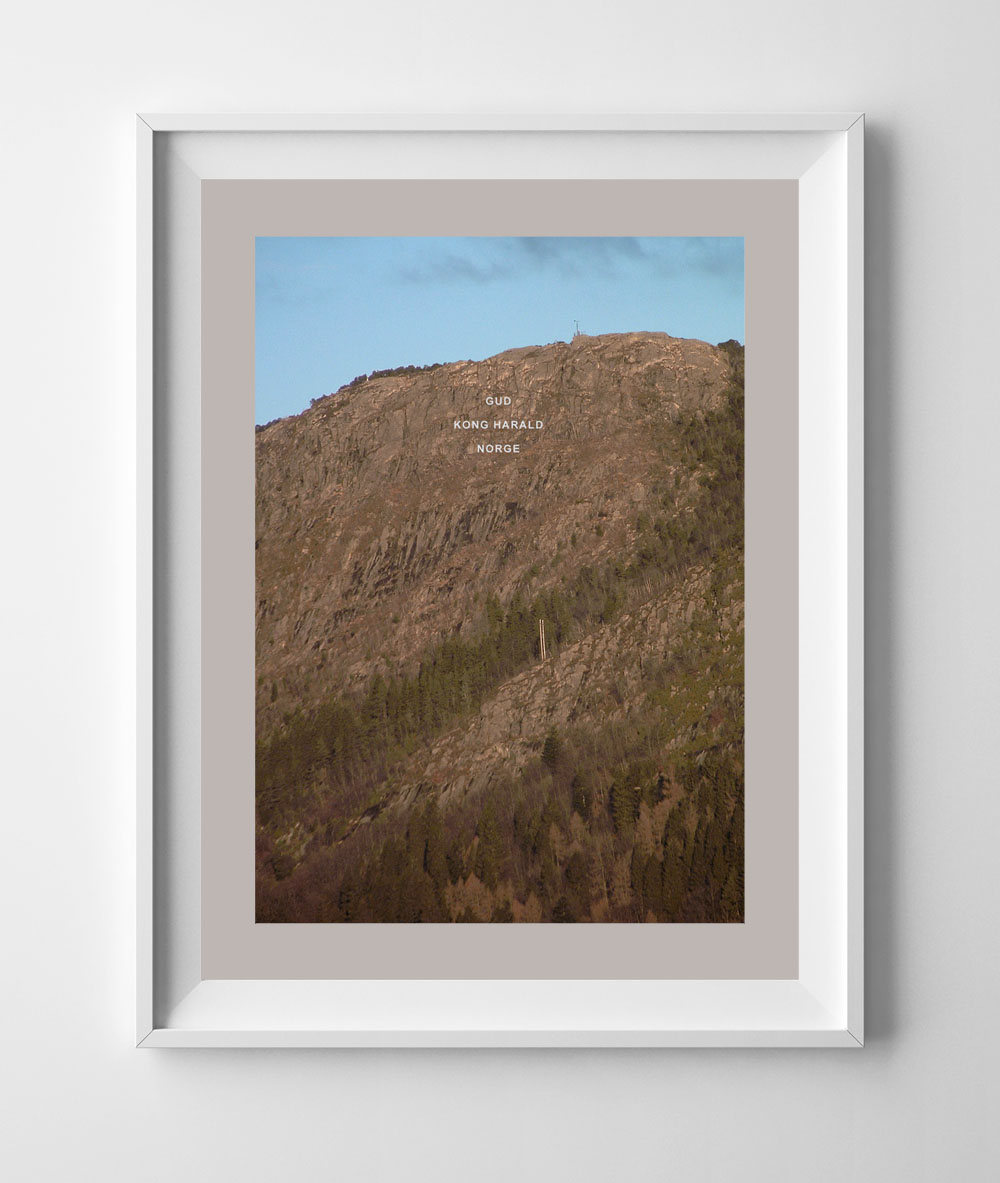 Poster behind the desk of HKS's director 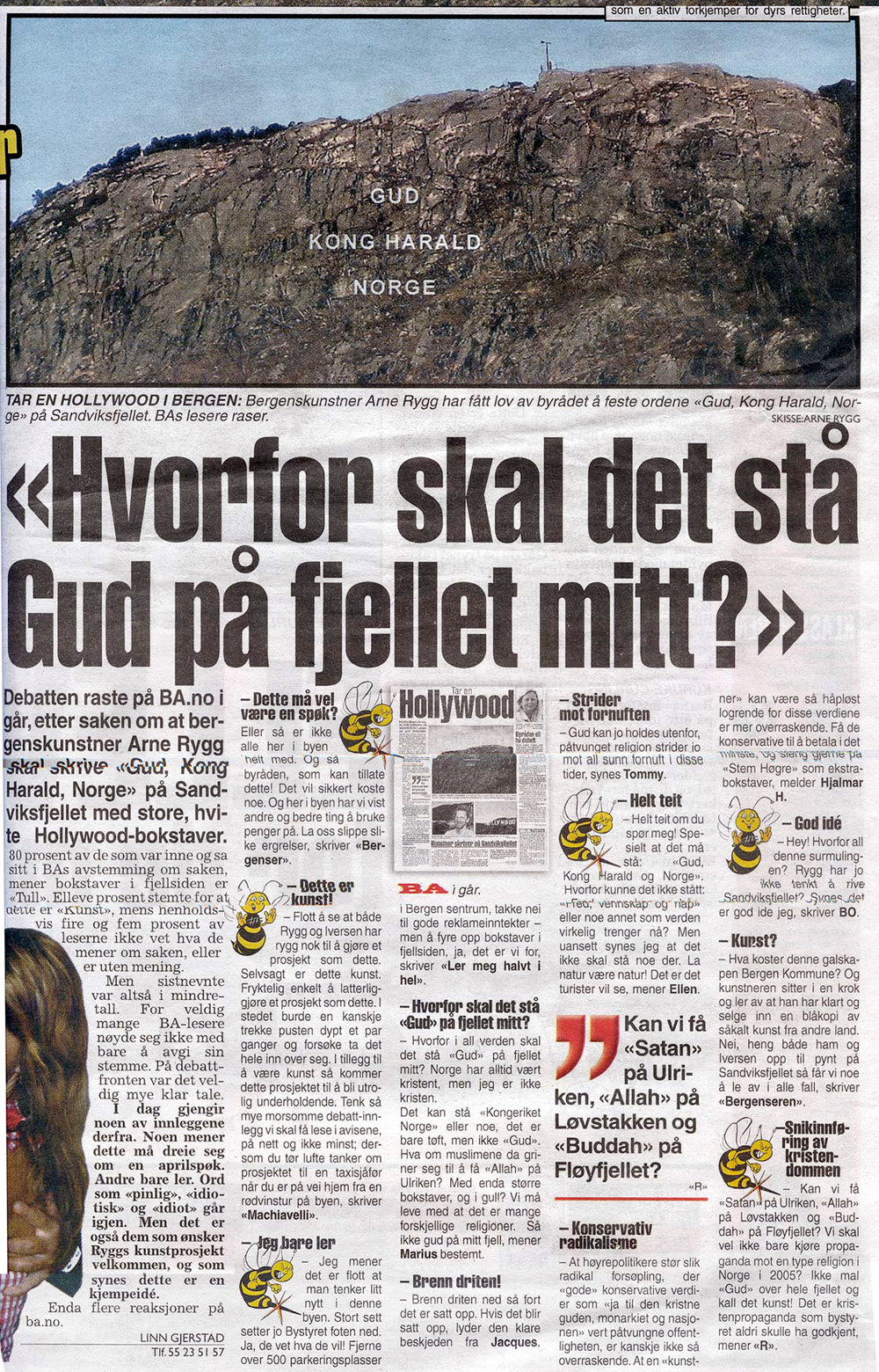